Nomads of the Sahel Desert of Mali 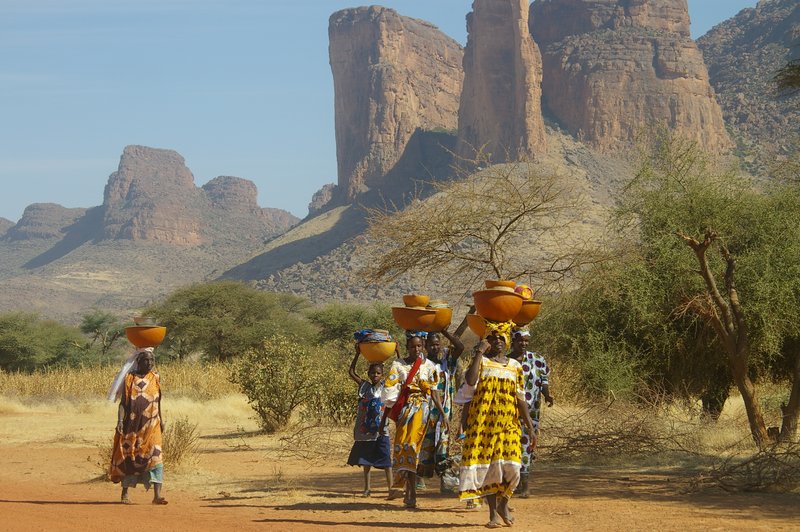 “My father was a nomad, his father was a nomad, I am a nomad, my children will be nomads,” said Inaka*, who was not sure of his age but looked to be in his fifties. “This is the life of my ancestors. This is the life that we know. We like it.”
Thousands of nomads pepper this western tip of the Sahara desert and most share Inaka’s perspective. For centuries, they have subjected themselves to the oft-bitter whims of nature, without real connections to society. They have lived off their camels, goats and sheep, depending upon them for everything from food to transportation. And they have survived!!.
While visiting Mali in 2007, I was a budding photojournalist, trying to see Saharan Africa and its people from behind the lens. However time and further investigation has proven that the nomads I met and photographed during my brief sojourn were within the past 5 years facing the worst drought to hit Saharan Africa thereby making this write up, from a time when life was more stable for them The Tuaregs of the Timbuktu region and the Bobo of the Burkina Faso/ Northern Mali region are the most affected. While my pictures illustrate their typical way of life, my write-up along with information culled from various sources will truly show the impact of weather on a distinct culture lost to most of us in the west. I saw a similar situation in the Thar desert region of India earlier this year, but the Indian sense of fatality seems to keep the nomads of India in a much higher spiritual place when compared to their African bretheren.
The Fulani of Mali almost have 850,000 to 1,000,000 people in their tribe. The Fulani tribe is the largest nomadic community in the world scattered in six nations of West Africa. Arjuna and I had the pleasure of visiting one such family, where the women folk were left behind in Mopti by their wealthier spouses pursuing their herding techniques and creating a semi-nomadic lifestyle often found with rise in income.
The Tuareg tribe are more commonly called the ‘blue men of the desert, which is derived from their attire of indigo robes and turbans. I am sure you have noticed Arjuna in his Indigo costume whilst visiting the nomads. They are an ancient migratory group still known for their pure desert existence. The Tuareg tribe with their camel-caravans inhabits the desert regions of Mali.

The Sahel is a belt of land which runs for 5,000 KM through six mainly French-speaking West African countries; Mauritania, Senegal, Mali, Burkina Faso (formerly Upper Volta), Niger and Chad. Situated between the 10 and 50 cm annual rainfall lines, it is a region of semi-arid steppe country bordering the Sahara desert and is inhabited largely by nomadic and semi-nomadic peoples, a group of stockbreeders who have dominated much of the Sahara and the Sahel for some 800 years.
One survey gives the total population of the Sahel as six million of whom two-thirds are nomadic, but all figures need to be treated with caution, especially after the effects of drought, famine, local wars and large-scale migration.
The traditional Sahelian economy is based entirely upon nomadic pastoralism. Herd numbers are normally limited by the extent of grazing areas: cattle are concentrated around wells during the dry season and move out to the Sahel grassland once the harshest conditions have abated.
One interesting fact I learnt was that the Fulani herders drove cattle for every other cattle owner. Which meant that a non-nomad would, for a fee, release his cattle to the Fulani for fattening and returning after a few months. This way, the Fulani were better off than most nomads and were famous for their blankets and their beaten gold earrings (See Photo)

Traditional nomadic and semi-nomadic life involves living in a delicate balance with the land and with water, a balance quite removed from the concepts of commercial cropping, stock marketing and taxation. Even so, famine and drought have always been a recurring problem in the Sahel and until recently nomads have reared as much stock as could be supported in order to protect themselves against a bad year. In good years when stock numbers were high the nomads loaned animals to farmers, reclaiming them in times of hardship.
Colonial rule led to the growth of the coastal towns in West Africa and this in turn led to a rising demand for meat, which was supplied by the pastoralists; however colonial policy also altered the ecological balance of the Sahel by introducing a money economy and also veterinary and medical facilities. 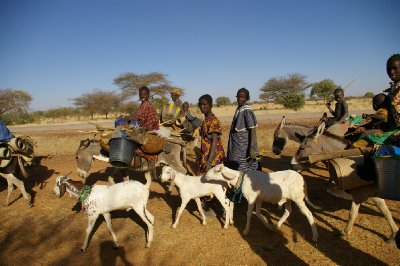 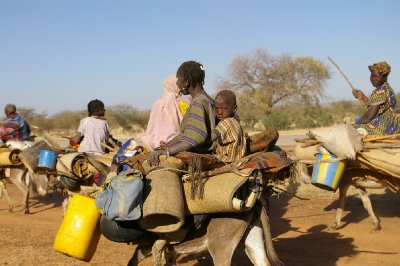 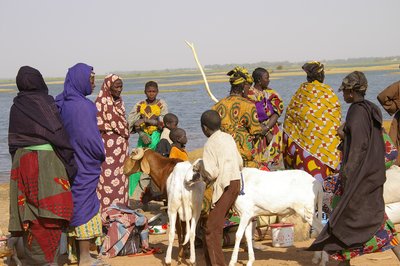 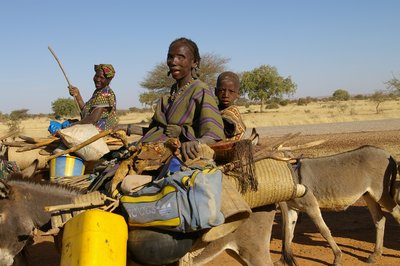 Survived. As the photographs of my travel illustrate these nomads with a ratio of 2:1 livestock to human roam around sparse green belts looking for grazing ground. Our encounters with them were always very educational. The ones that walked or rode in mules were more impoverished than the ones on camels and driving heads of cattle.
While in Timbuktu we received camel trains arriving from Taoudenne, 500 KM from there, carrying huge 40 kg slabs of salt, we also saw the same salt loaded on to mules further inland in Dogon Country, completing the supply chain: another nomadic pursuit. 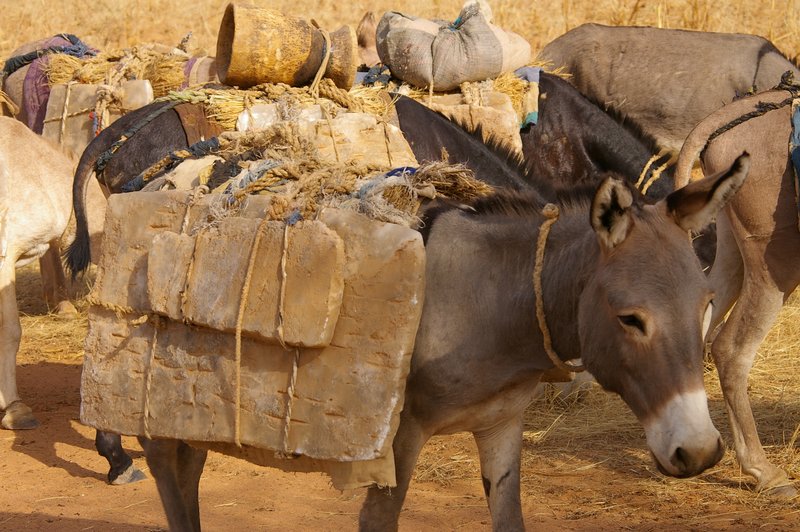 At each nomadic camp, the women would set out for hours looking for water with their gourd pots: a sight that seemed destined for African photo journalism. Their brightly printed clothing and their colorful bead necklaces contrasted with the stark background of the Sahel. (See photos)
But they have paid a price for their conscious disconnection from the modern world. They are among the world’s poorest people, unable to educate and provide health care for their children, continually scratching to make it through one more day, always one drought away from seeing their animals and families wiped out.
In many ways, their lives mirror those of Africans who live in the villages, towns and cities of the world’s poorest continent. The difference is that many of those Africans long for an economic escape from a torturous existence. Most nomads say they do not. 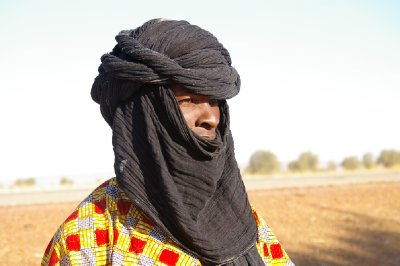 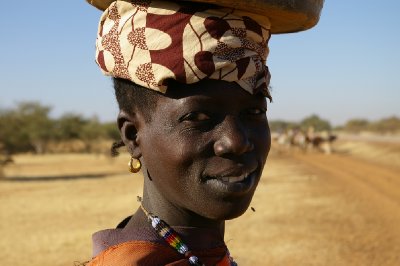 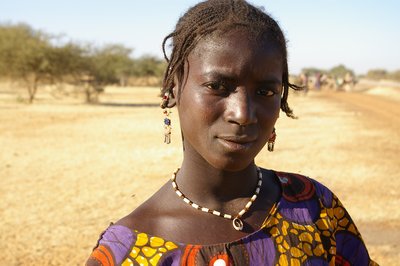 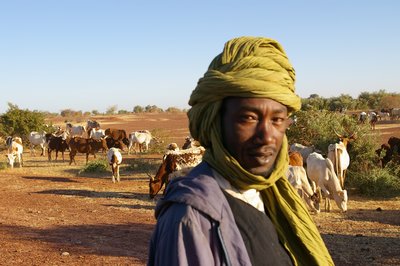 They are content in this land of thorn trees and murderous heat, where the ground is sprinkled with the bones of burros. Brutal sandstorms rise up in seconds. Squealing children, hungry for play, tumble over sand dunes at sunset.
They follow water and grass, sometimes travel with another family member, and generally move every couple of weeks. A month in one area is an eternity.

The End
Emailme at ( riyerr@aol.com) 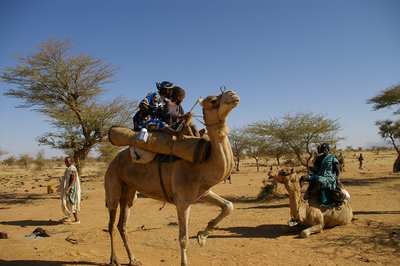 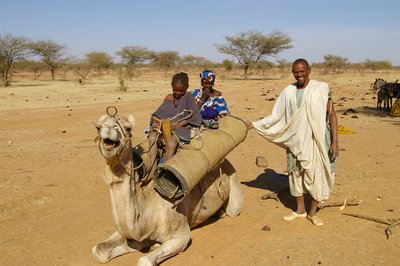 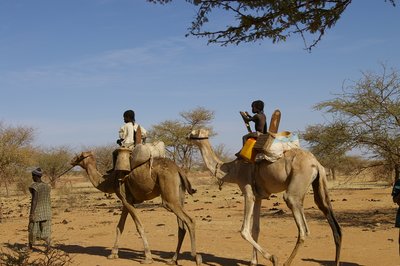 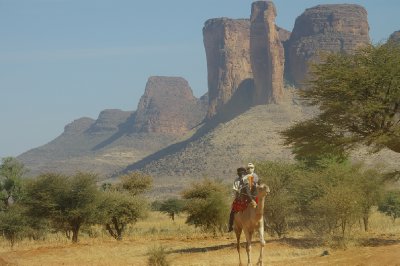 You have a fabulous blog. Keep travelling.