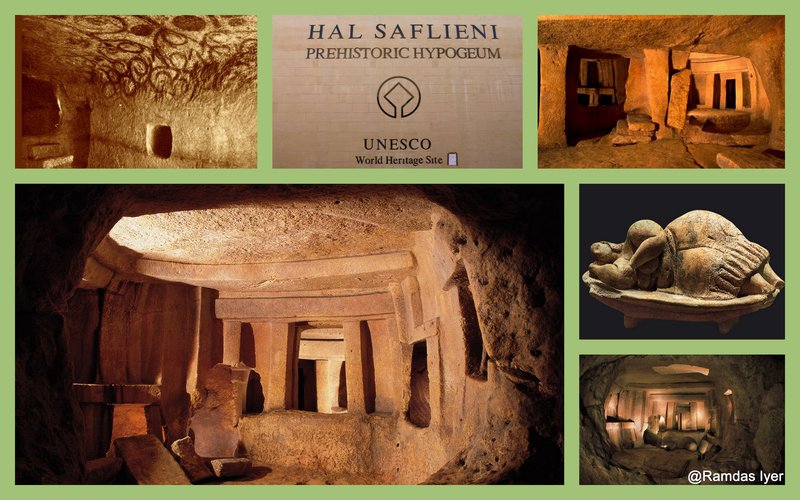 Inhabitants of this small and arid island nation of Malta have been digging cisterns for water storage for eons, but in 1902, while laborers worked on one, they stumbled into one of the most remarkable and well preserved Neolithic sanctuaries yet found.
Buried only 10 meters beneath the city streets lies an incredible network of elliptical chambers and winding corridors cut into the limestone. It is the only prehistoric burial site that is open to the public and is recognized by UNESCO. . Everyone knows about the magnificent temples of ancient Egypt and ancient Greece, but Malta contains some of the oldest and best-preserved temples in the world gets comparatively little attention. Yet on this small island country, there are literally dozens of ancient sites, eleven megalithic temples, and seven of them are UNESCO World Heritage Listed. Although debatable, UNESCO describes Malta's prehistoric temples as the "oldest free standing monuments on Earth".

It is believed that its first chambers were cut into a small natural cave as early as 4000 BCE or earlier. Two even deeper levels are believed to have been finished centuries later, between 3000 and 2500 BCE. For context, the first megaliths at Stonehenge are thought to have been raised around 2500.The temples date from 5,500 to 2,500 BC, making them older than Stonehenge and older than the Pyramids of Egypt (according to current perspectives). The dating of the site was done using radio carbon testing of pottery and bones found around those temples in Malta.

It has been calculated that between 6,000 and 7,000 individuals had been buried in the 32 chambers and passages hewn out of the living rock and covering some 500m². of the Hypogeum complex.( Hypogeum = underground chambers, in Greek). Certain walls reveal that the complex was excavated by drilling the walls with antlers and then using stone (obsidian, flint, and chert) tools to break away the rock. Excavation of the Ħal Saflieni Hypogeum ( derived from Saflieni Temple period 4000 BC) produced a wealth of archaeological material, including numerous human bones, which suggests that the burial ritual had more than one stage. It appears that bodies were probably left exposed until the flesh had decomposed and fallen off. The remaining bones and what appear to be some of the personal belongings were then gathered and buried within the chambers together with copious amounts of red ochre. The use of ochre seems to have been a part of the ritual, perhaps to infuse the bones with the color of blood and life. Individuals were not buried separately, but piled onto each other. 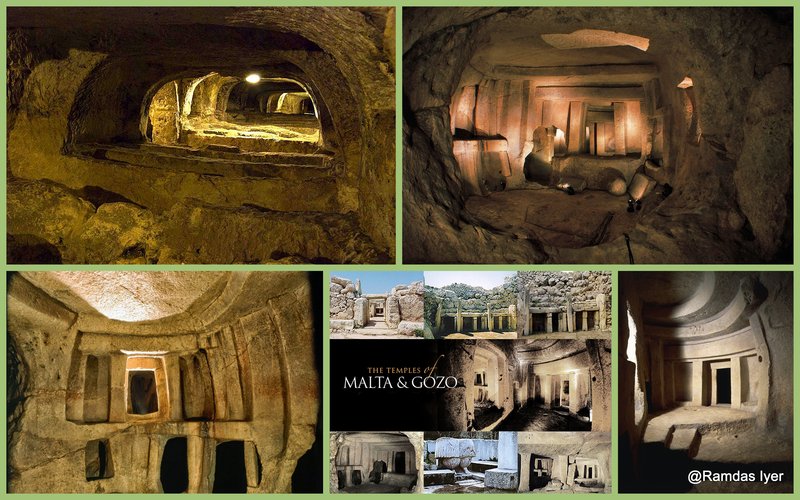 Artifacts recovered from the site include pottery vessels decorated in intricate designs, shell buttons, stone and clay beads and amulets, as well as little stone carved animals and birds that may have originally been worn as pendants. The most striking finds are stone and clay figurines depicting human figures. One of the most striking figures is the Sleeping Lady of the Hypogeum. This statuette shows a rotund female lying on her side on an elaborate woven bed. She is clothed in gathered skirts, and her hair is dressed in a small, neat bun.( see photograph).
Since the moment I landed there I made it a point to visit all the megalithic temples especially the burial site of Hal Saflieni, for the week I was to spend in Malta. Entrance tickets to the Hypogeum are sold out 3 months in advance, especially since the site was reopened after 11 years of preservation work in 2017. Getting friendly with cab drivers can sometimes be very useful((I had penetrated the Dome of the Rock in Jerusalem in 2000, during when non Muslims were not allowed after the first intifadah. I evaded deep questioning by Israeli soldiers and reported my name as Ramdan- a foolish move that could have landed me in trouble. I also wore an Arab jalaba, made possible by my Muslim cab driver. I was inspired by Dan Rather's penetration of Mecca in his halcyon days as a celebrated reporter.) 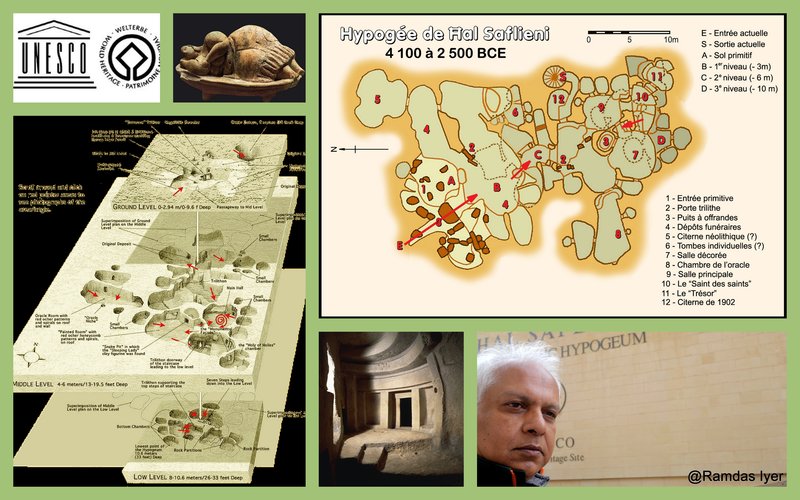 My regular Maltese cab driver knew someone inside the museum and I was promised an entry in the event one of the ticket holders would cancel. It was not to happen. Since 2000, after its first major preservation efforts, Heritage Malta limited site tours to 80 individuals per day.
With 8 sessions a day with only 10 people allowed at a time to keep CO2 levels low in the chambers, ticket supply was obviously scarce.
I finally I learned that 10 tickets per day were allotted to the general public, that too for use two days after purchase This was available at an obscure office if I lined up at 6:00 AM near the harbor. One cold morning I was out there for three hours with a medley of other history fanatics at 6:00 AM and was the first to obtain a ticket. I have never worked this hard for a ticket in all my life, and the result of which is well registered in the annals of my travel achievements . 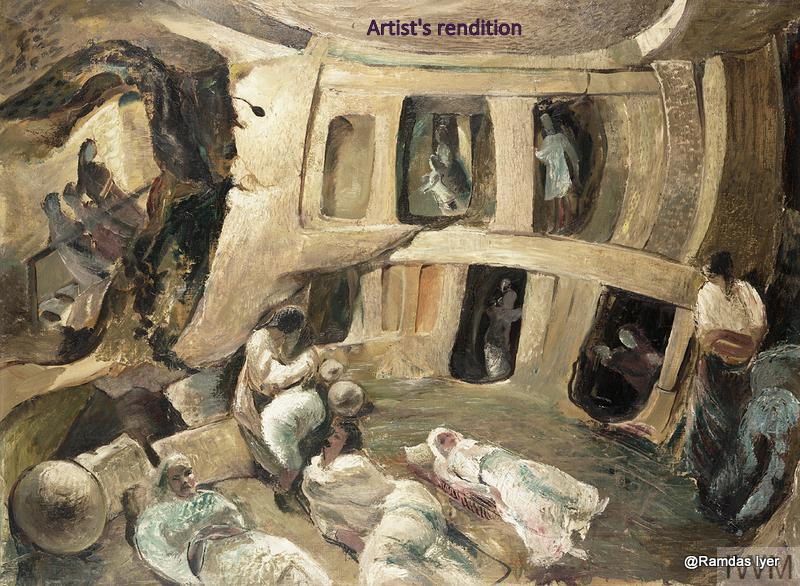 The Hypogeum provides insights into Malta’s Temple Culture and its contemporary above-ground structures. Several chambers are still decorated with black and white checkerboards and red ochre spirals and honey-combs, the only prehistoric paintings found on the island. Corbelled ceilings hint at how the ancient people of Malta supported roofs on the abundant above-ground buildings, now in ruins, found throughout the islands. Techniques used included 'fish-eye' carving, the same technique used to make the Parthenon appear straight, only several thousand years earlier, underground and out of solid stone! Architecture aficionados must note that it is the very first instance of sculptured architecture by human beings on record. Like other megalith structures in Malta, the Hypogeum fell out of use by 2,500 BCE as the religious control of the cults fell out of favor as a result of other influences, or famine caused by increased aridity of the land.

The Hypogeum’s newest preservation efforts include both passive and active measures, from improved insulation to better control humidity and temperature to modernized technology for studying microorganism growth and tracking real-time changes to the site’s microclimate. I must remark that the lack of respect for UN organizations, especially UNESCO and UNICEF, by the Trump administration despite being apolitical organizations administration can cause serious damage to the preservation of our cultural heritage. While EU has stepped up to provide funding protection to many monuments around the world it is time for China to play its part as a patron of global cultural heritage; to protect "the Patrimony of Humanity" pledge by UNESCO and enhance the work done by Western institutions for the past few decades. 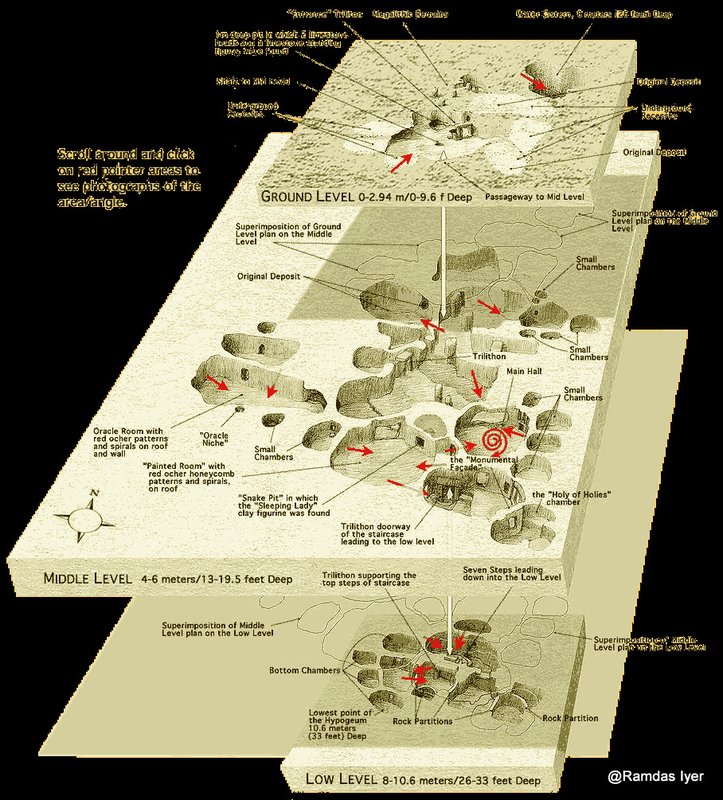 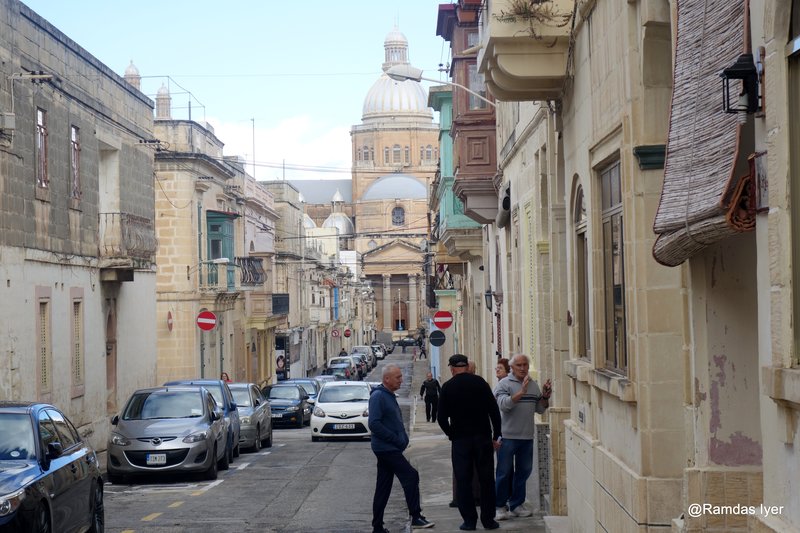 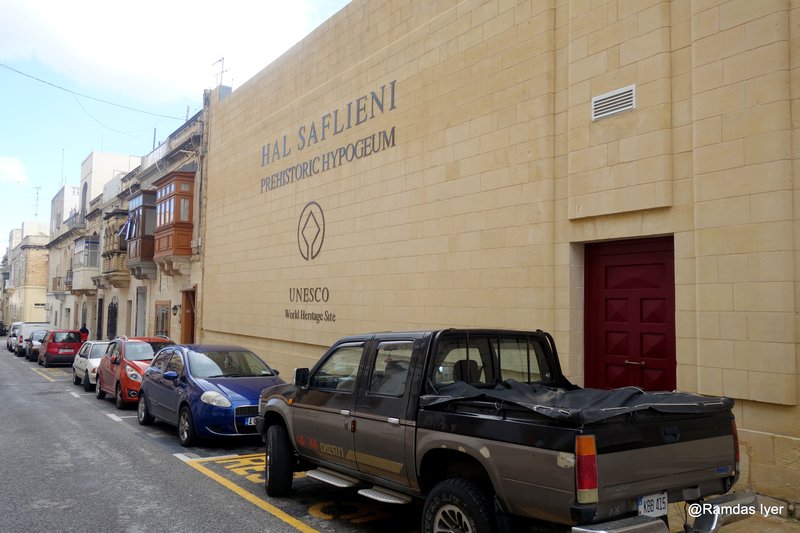 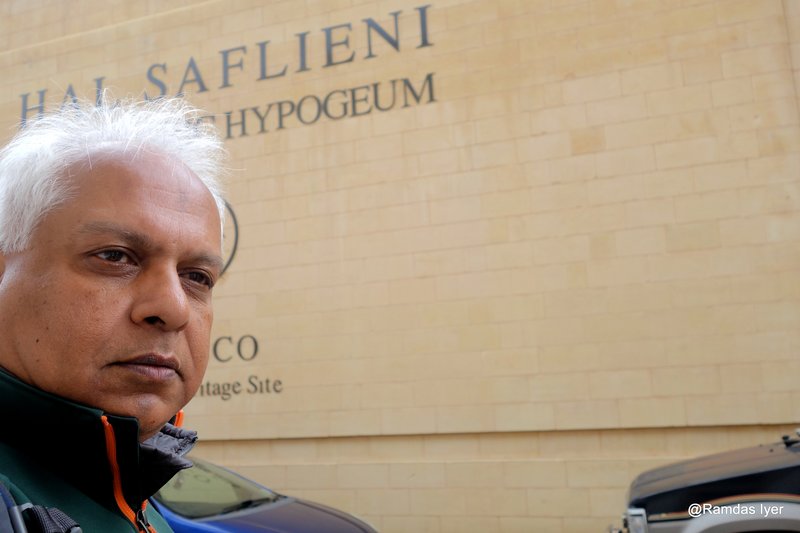 Thank you once again for bringing me to a place I didn’t even know existed. I’m glad you were persistent in your relentless pursuit of a ticket.